Thanksgiving celebration at Our Lady of Armenia Center, Gyumri

The children at Shirak Marz Children and Family Support Center participated in the Art Therapy Program working in sand therapy and clay sculpting. Funds for this were raised by SOAR Kansas City!

Renovations of the 3rd floor bedrooms, right side, at Dzorak. The renovations were funded by SOAR Jacksonville and the Harold and Josephine Gulamerian Armenian Orphan Fund.

SOAR staff hosted a training on “Professional First Response in Emergency Situations” held for CPN member organizations in our Tbilisyan office. There were 20 participants from different organizations.

An oxygen reader for Sisters of Charity Orphanage, Bethlehem

Food for families during these sessions was funded by the SOAR East Asia Chapter.

Food for Prkutyun funded by the Harold and Josephine Gulamerian Armenian Orphan Fund.

Prkutyun is a day center in Armenia that offers nourishment, educational, and therapeutic services to children and young adults with disabilities.

Ceiling repairs of the office bathroom at the Fallen Soldier Center caused by strong winds from a storm.

The trip was long one with transit in Turkey/Istanbul.
SOAR Ankara and Istanbul chapter volunteers, Monica and Markos, the group visited the Armenian church and visited leaders and members of the Armenian community in Istanbul.
The trip continued on to Sofia where they met Marie Gazazyan and Anush Ezegelyan who took them to the hotel.
In the morning staff from Sofia AGBU, Armine Manukyan and Nina Andryan me,t them and they took to a short city tour in the city.
The next day they had dinner at an authentic national restaurant, where children tasted Bulgarian food and spices. Marie Gazazyan also took them to a national Museum where the children learned history about Bulgaria.
Camp started on July 30. The group successfully reached the city Bansko and were placed in a very nice hotel with pool and comfortable accommodations. In Bansko the children met about 100 more children from Sofia and Plovdiv. The camp project was very well planned. It had physical and cultural activities.
Camp leaders from Plovdiv city;  Aharon Kochiyan and Verjinia Garabedian managed the hiking trips to Pirin Mountains.
During the evenings the cultural program (Thanks to the translator Anusk Kirakosyan from AGBU) was on the schedule. Armenian and Bulgarian dancing was performed. Our Tansitional Center, Gyumri girls, Liana Unusyan, Astghik Mkhitaryan and Shoghik Piruzyan were very active in the cultural programs. The children made many new friends.
Camp was over in 7 days and the children were very excited and of course a bit sad and are looking forward to camp next year
After Camp the group spent 4 days in the city Plovdiv, the second largest city in Bulgaria, standing on the banks of Maritsa River in the historical region of Thrace staying in a guest house making more friends with the family.

A 3-day holiday from July 17th to 19th at Aghveran Park Resort for our 12 Fallen Soldier Artsakh families.

During these 3 days the wives and the children were having a rest and along with individual and group meetings with psychologists from “Arevamanuk” psycho- social support foundation.

On the 18th we had a Bumbumik show for the kids. They made ice cream for the kids, danced, played funny games and at the end they had a foam show which was really fun. The kids were very happy. Both the wives and the children felt very relaxed and didn’t want to go back to Artsakh.

On the 18th it was Gagik Allahverdyan’s daughter’s birthday and we bought a nice cake and celebrated it there with Bumbumik.

Renovations of the 7th area at Children’s Home of Gyumri funded by the Harold and Josephine Gulamerian Armenian Orphan Fund and SOAR Naples.

A floating library at the SOAR Transitional Center, Gyumri, funded by the Harold and Josephine Gulamerian Armenian Orphan Fund.

New roof for the Wood Craft Shop and Horse Arena at Kharberd Orphanage funded by the Harold and Josephine Gulamerian Armenian Orphan Fund and SOAR Naples.

Our Lady of Armenia Summer Camp in Tsaghgadzor funding by SOAR New York.

June 1st celebration for the Artsakh families in the Families of Fallen Soldiers Relief Fund.

June 1st Celebrations for Children of Our Fallen Soldiers 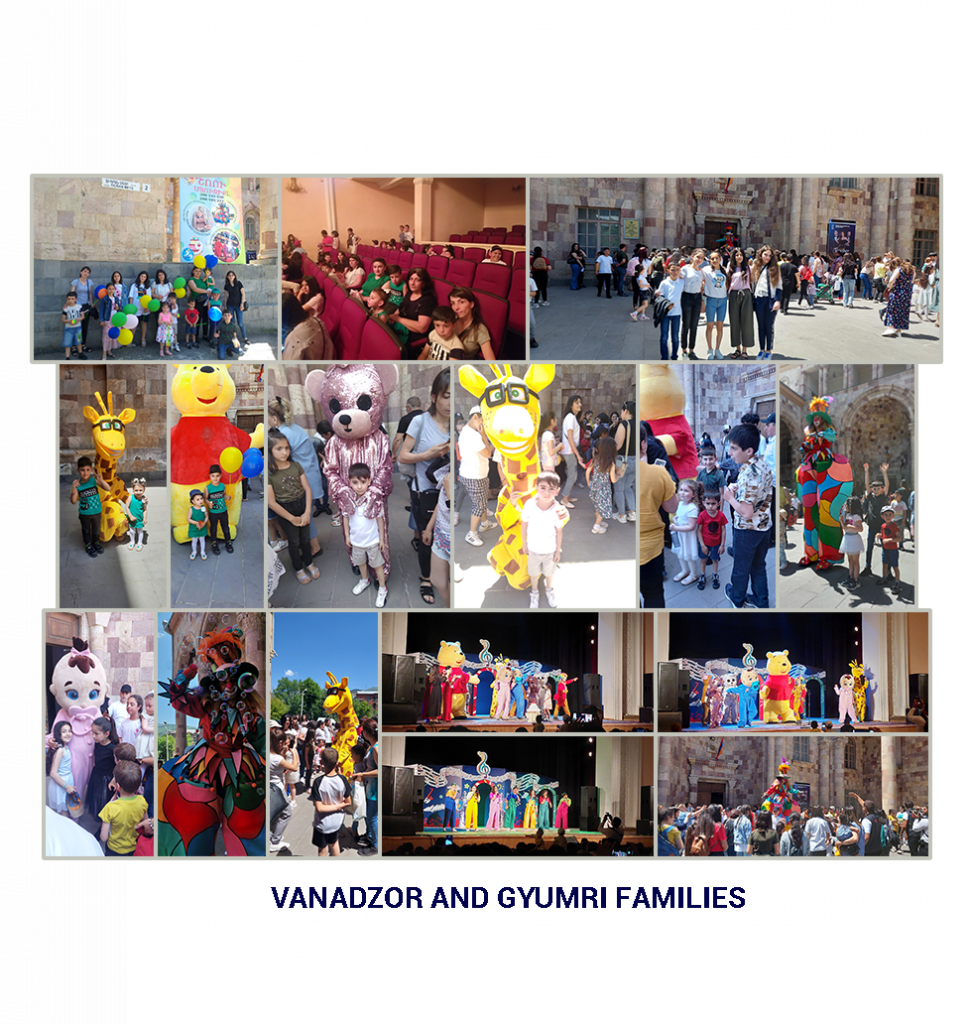 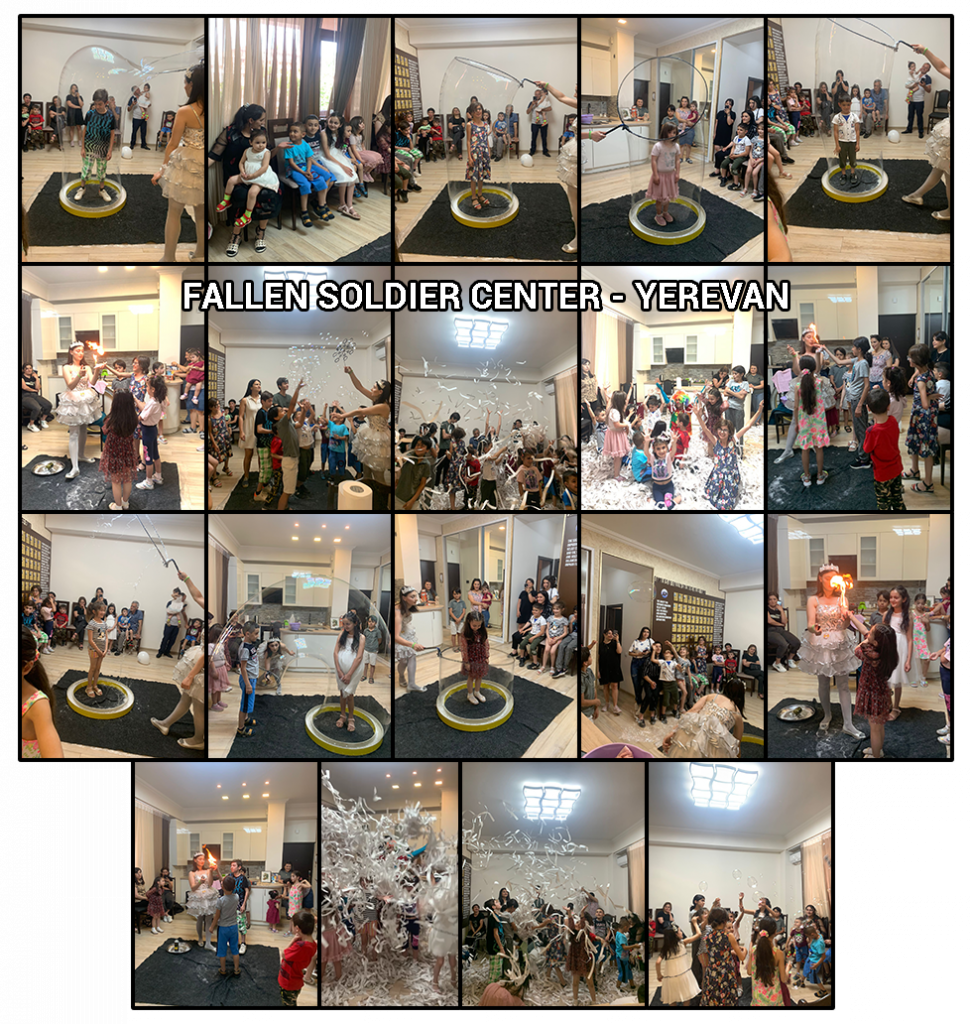 Work on the garden at the SOAR Transitional Center, Gyumri. 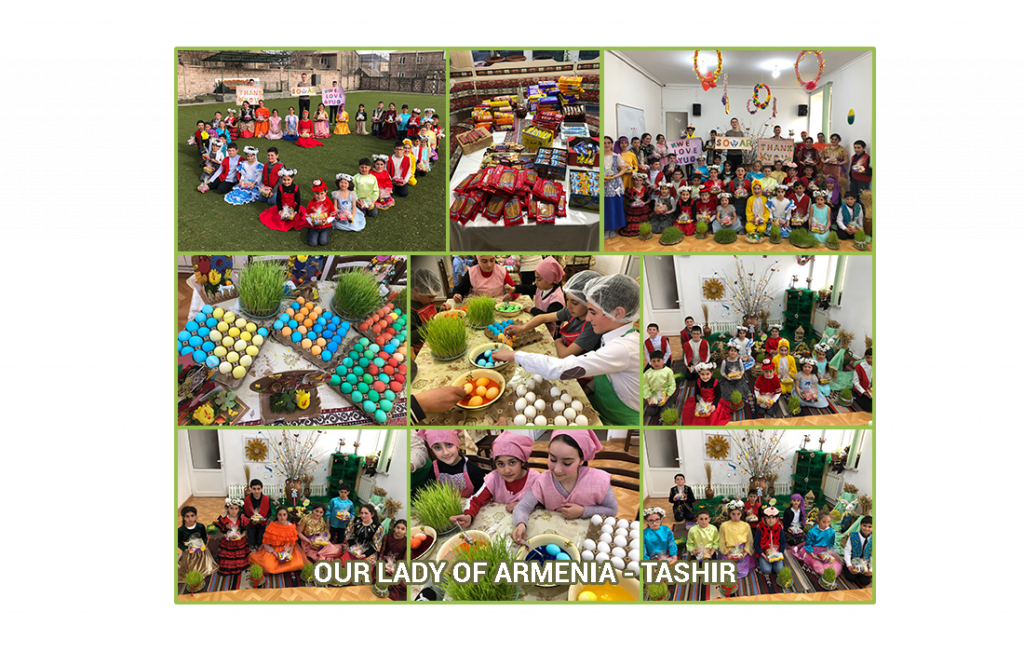 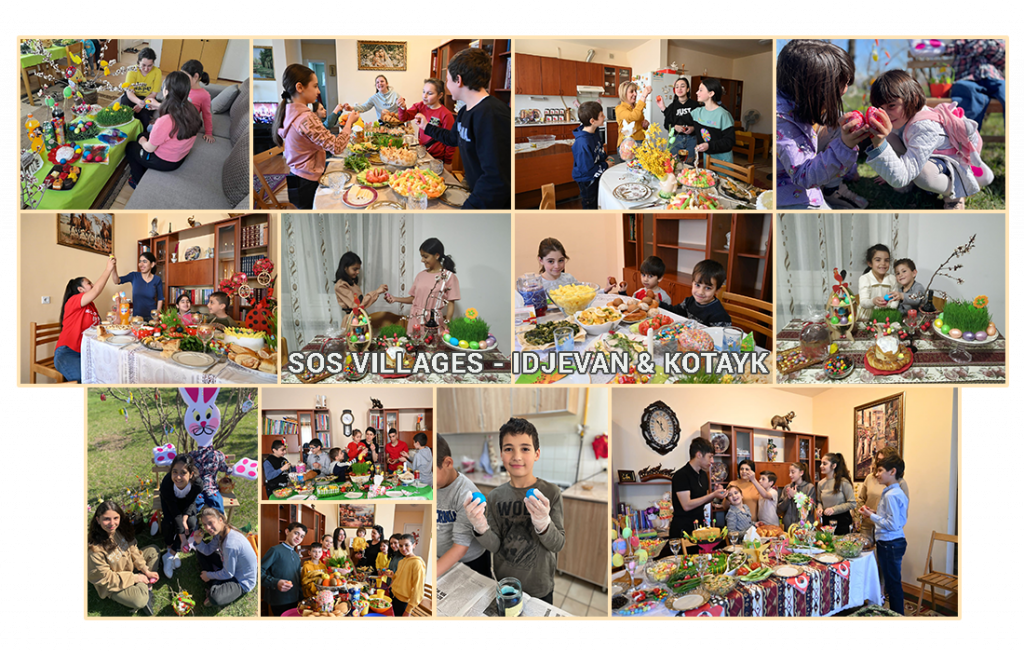 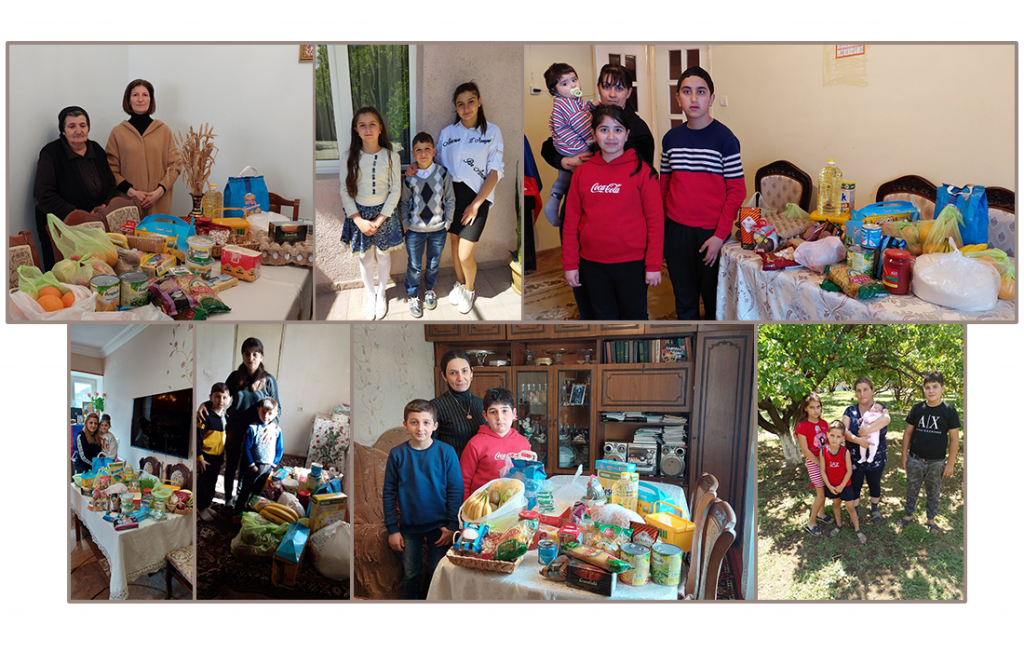 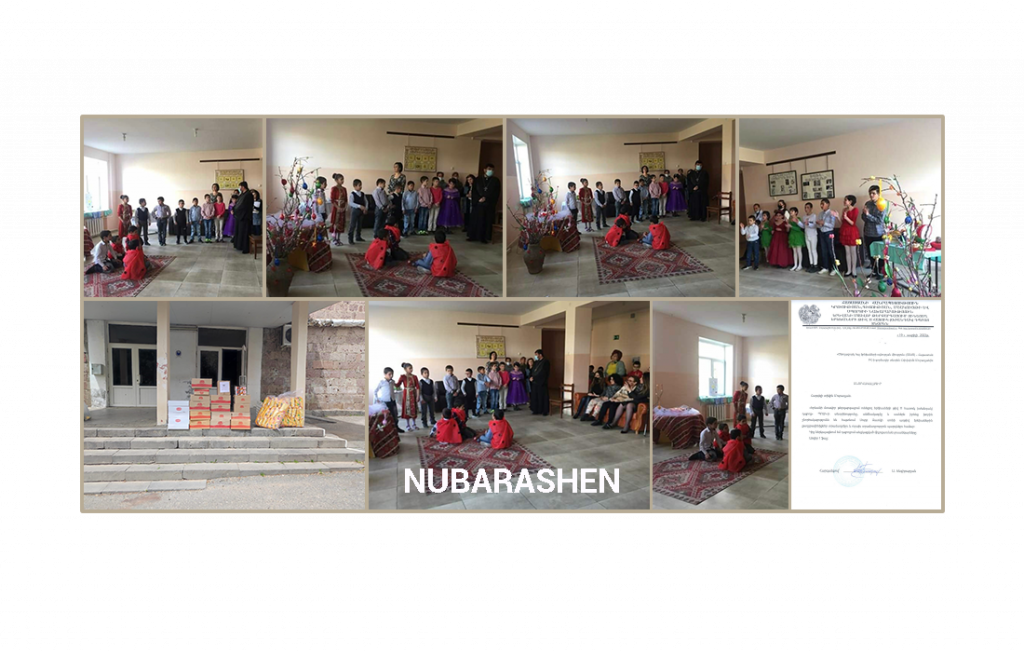 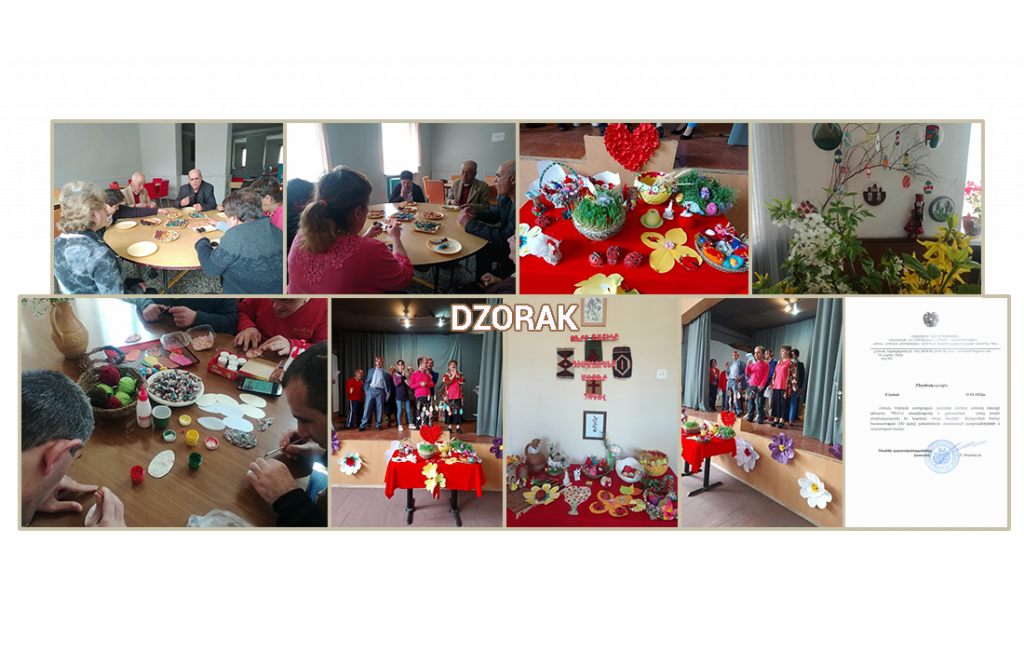 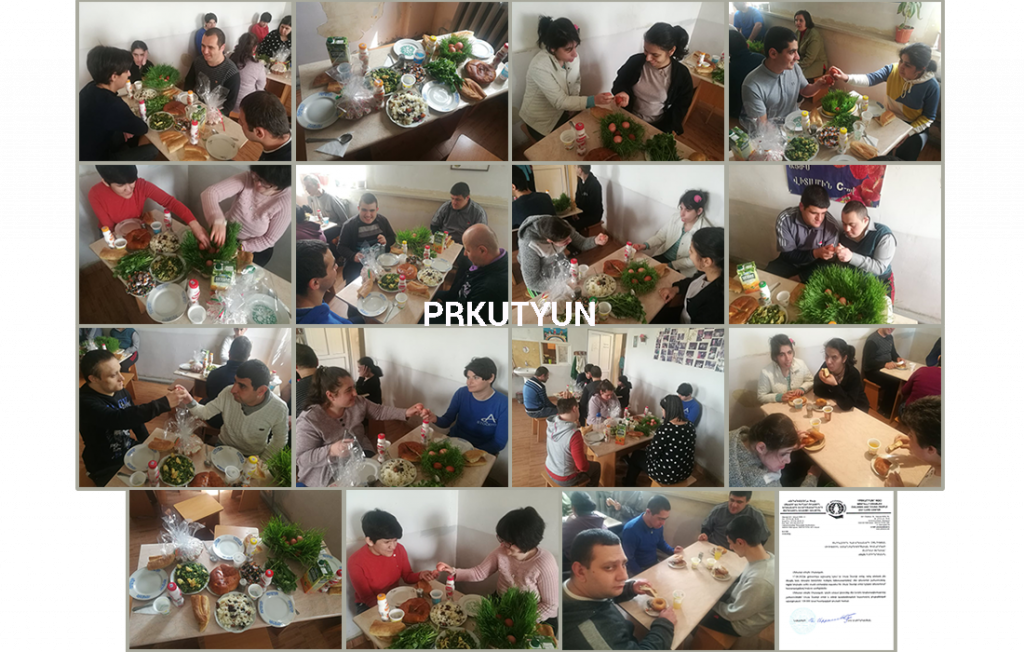 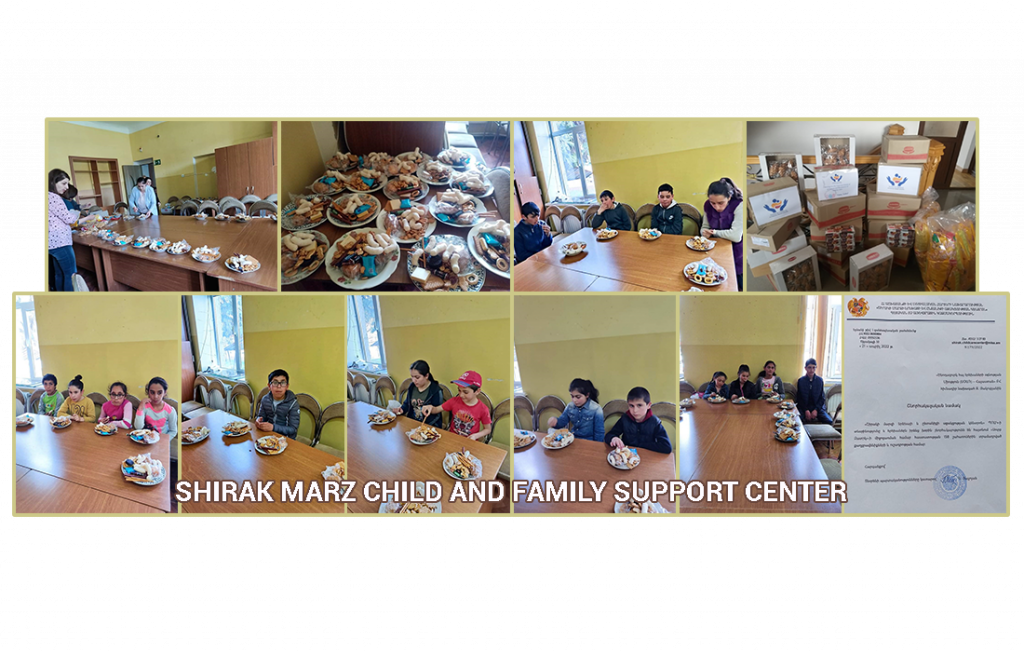 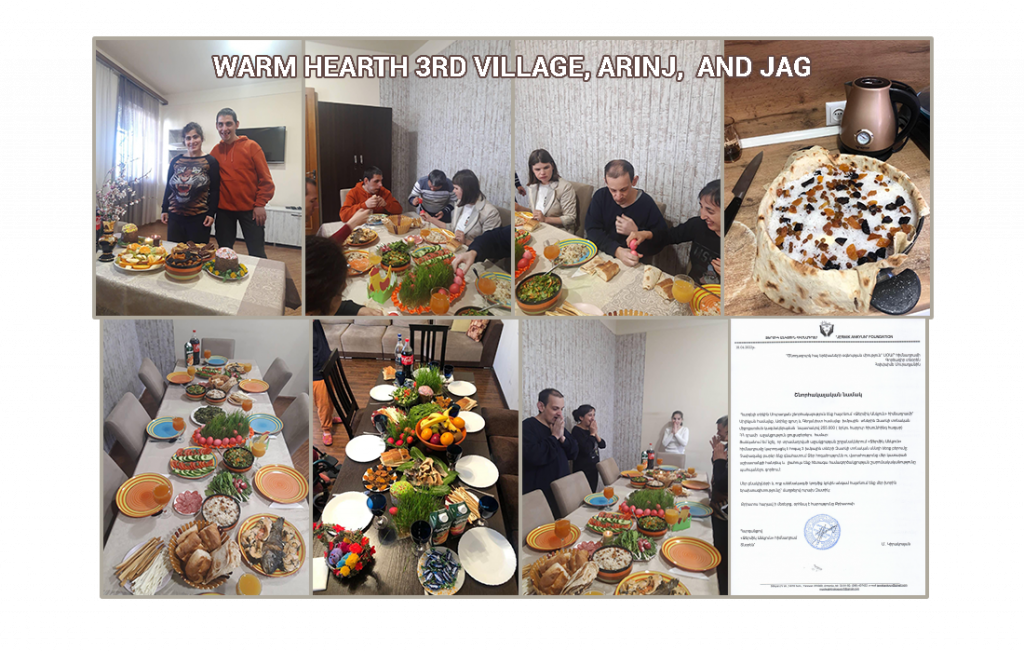 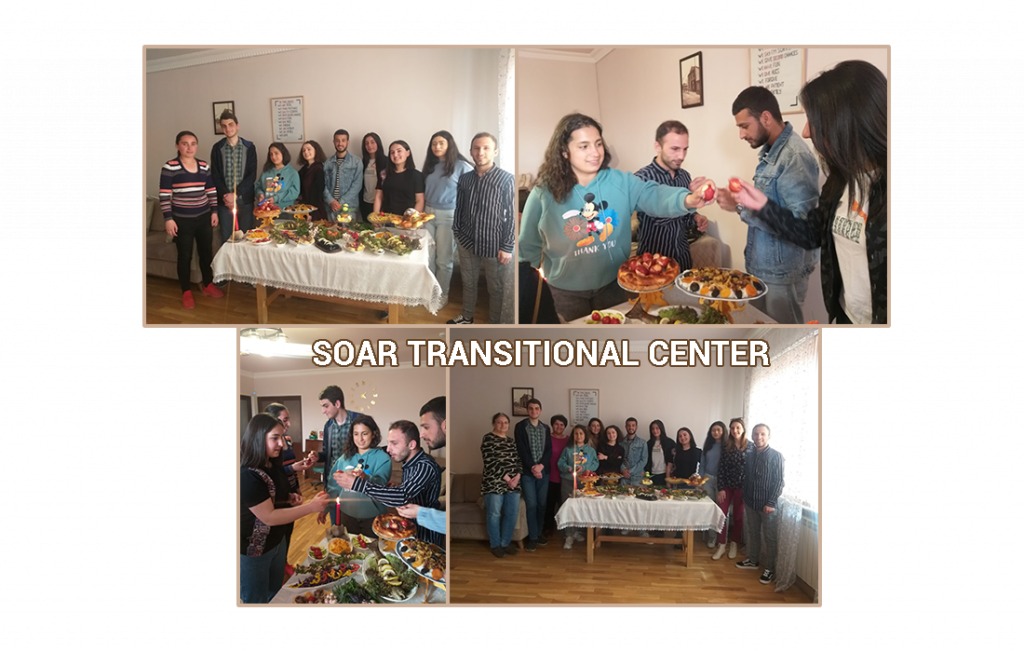 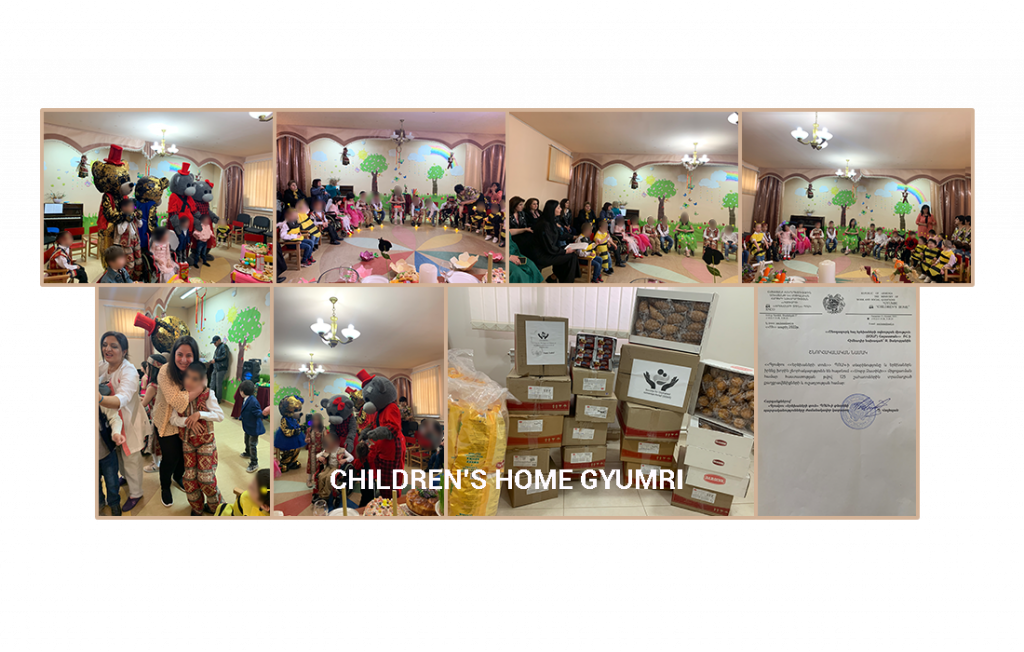 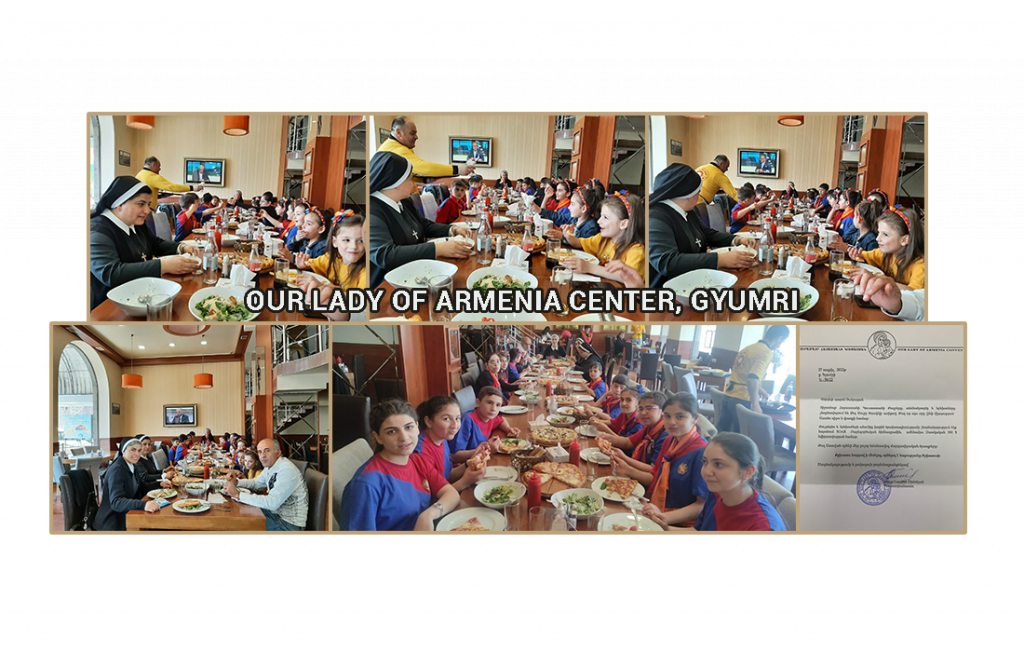 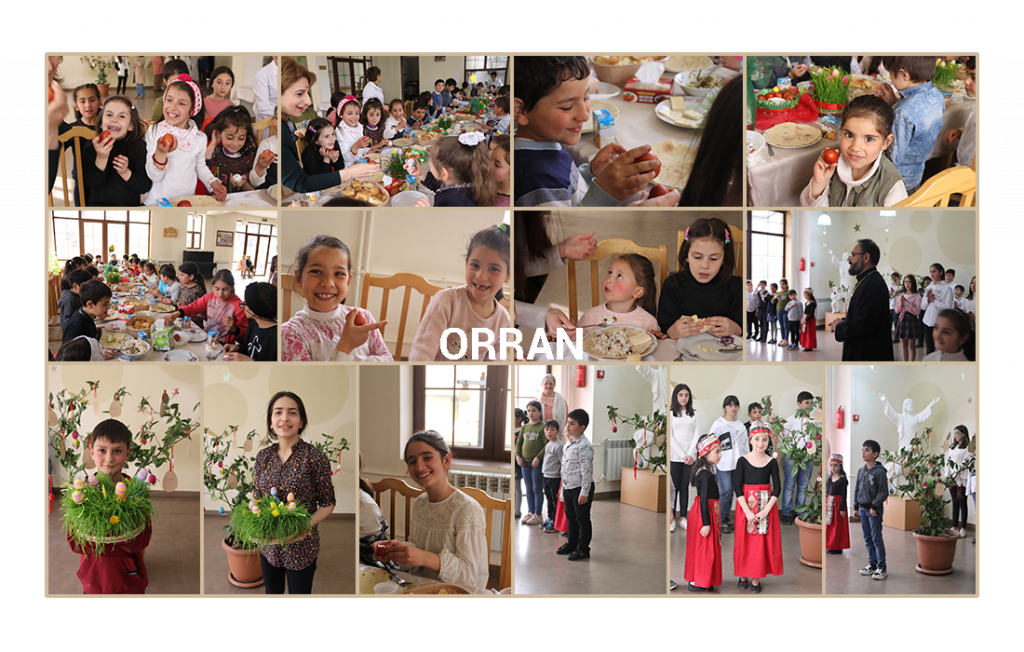 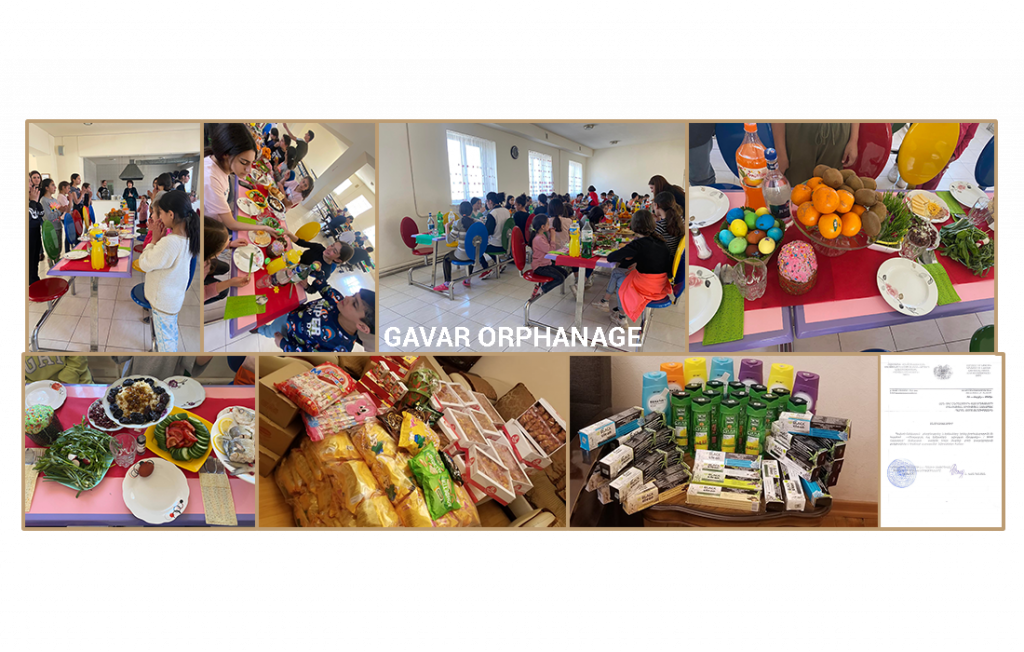 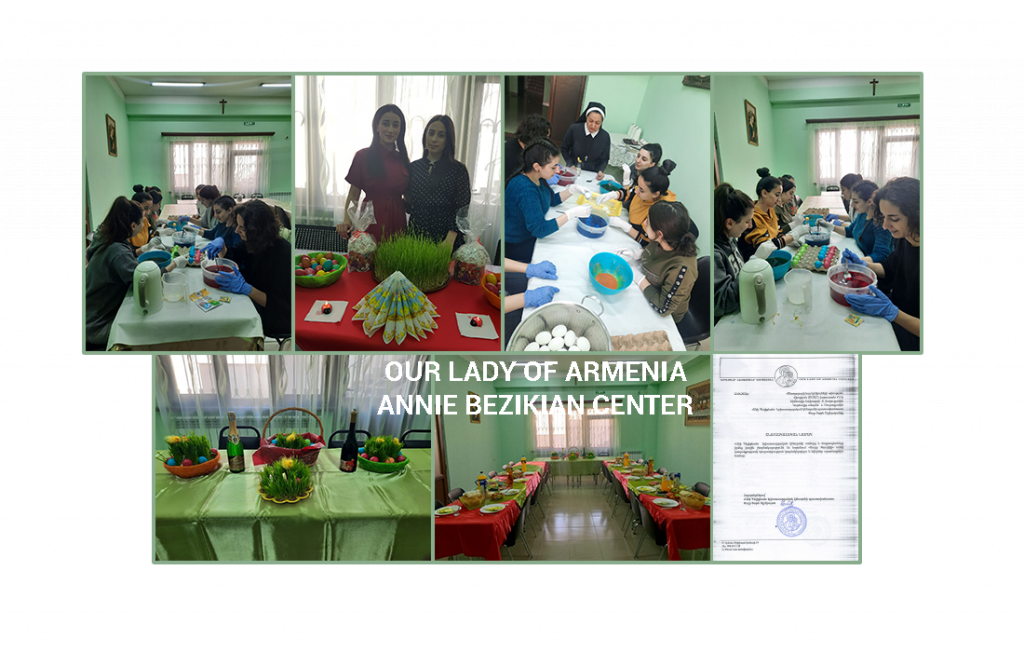 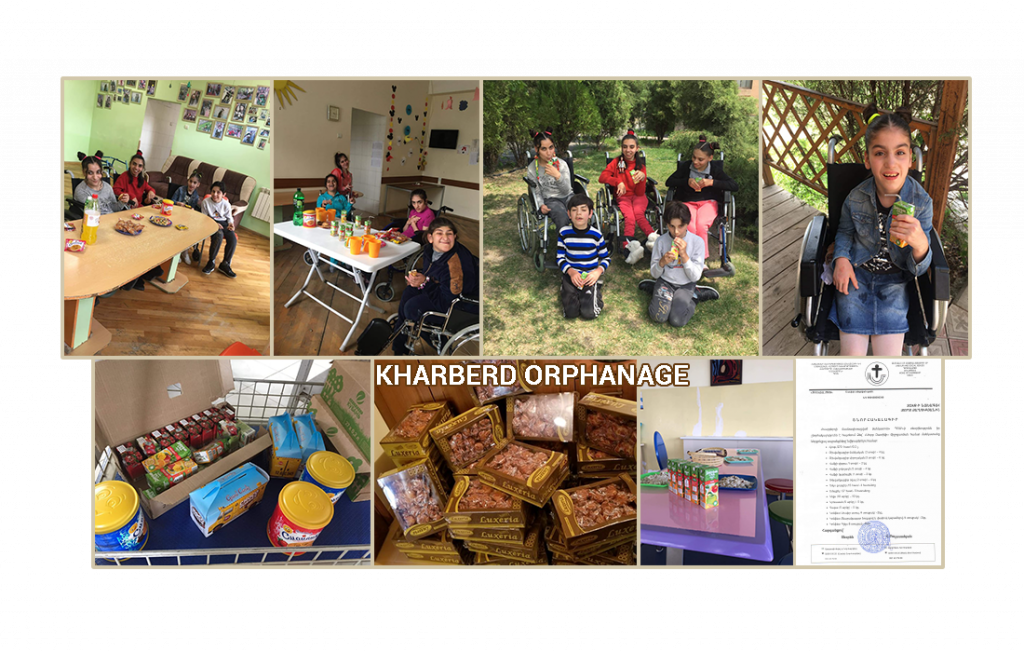 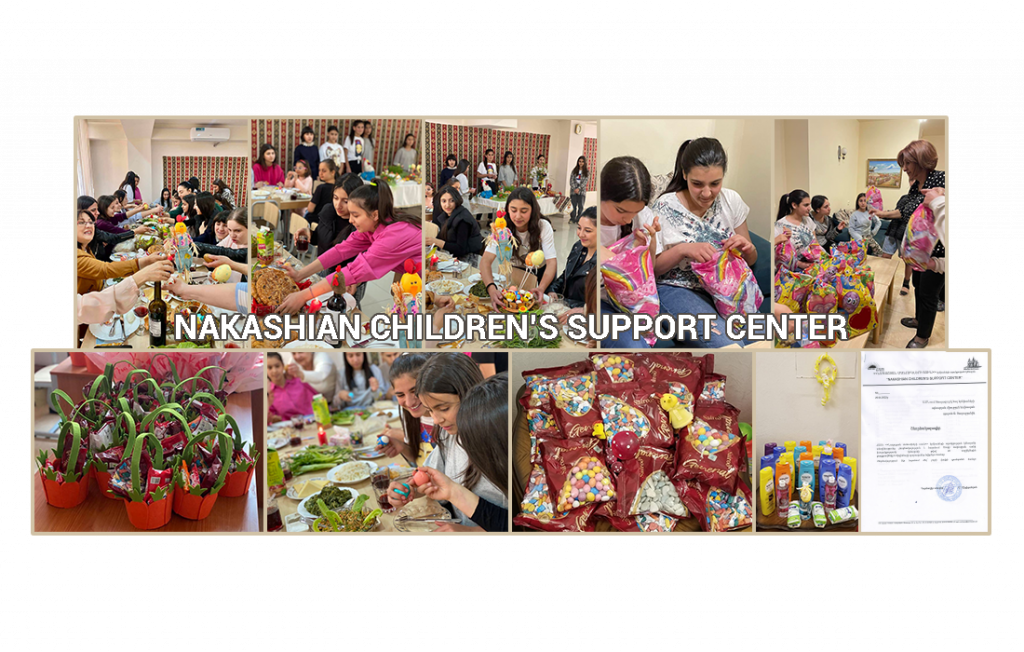 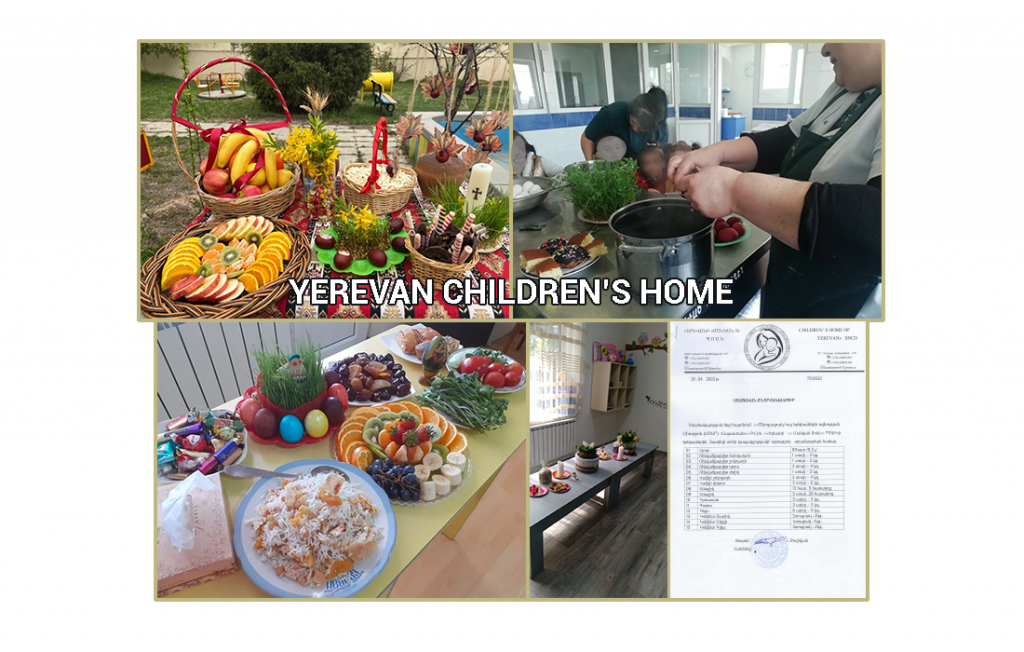 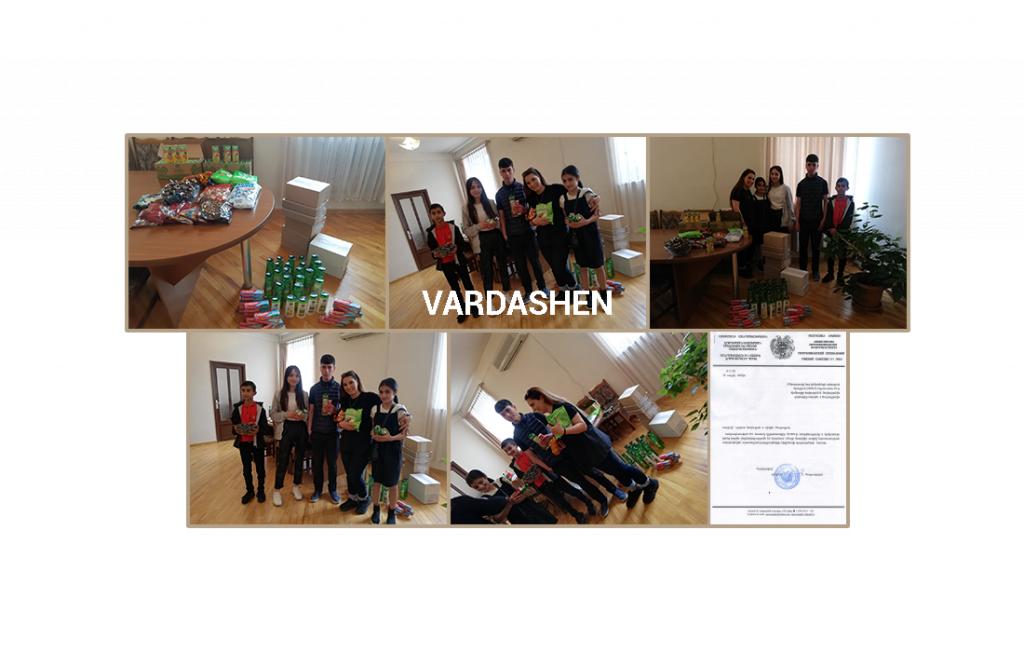 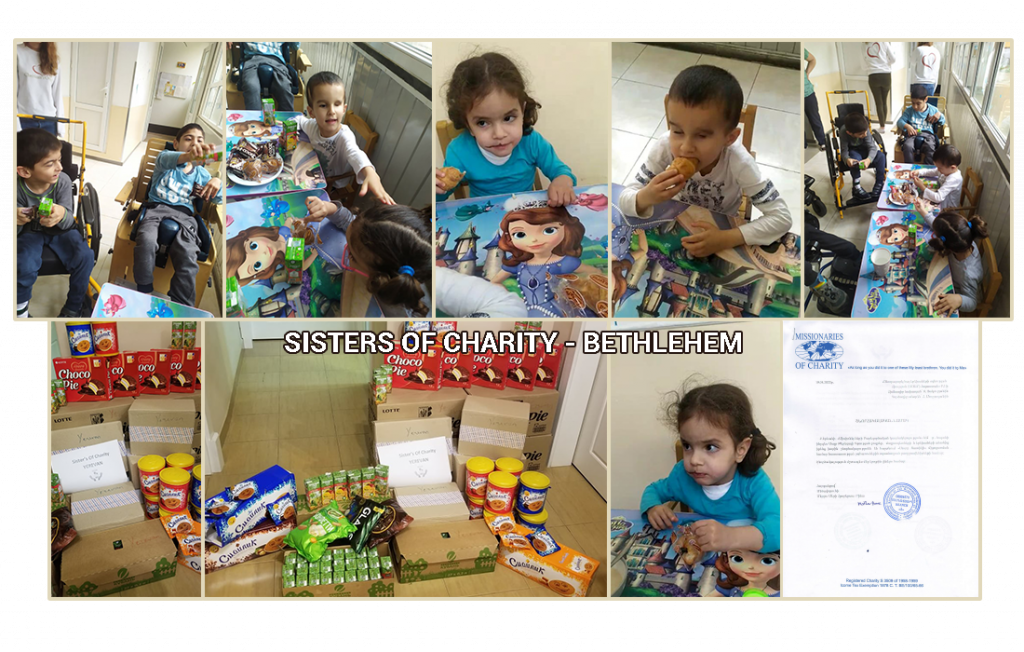 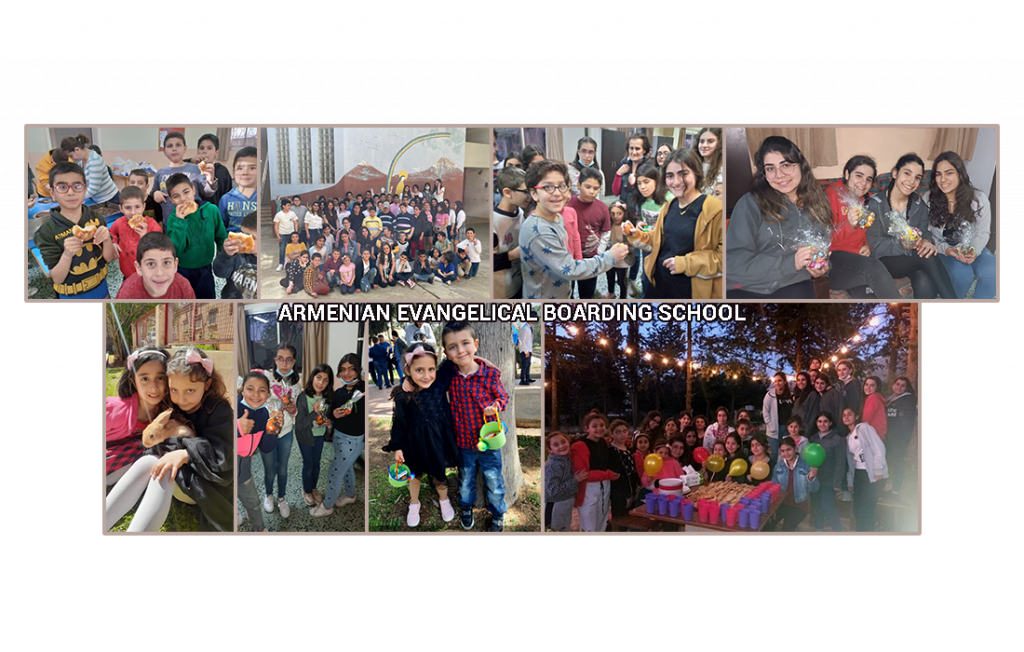 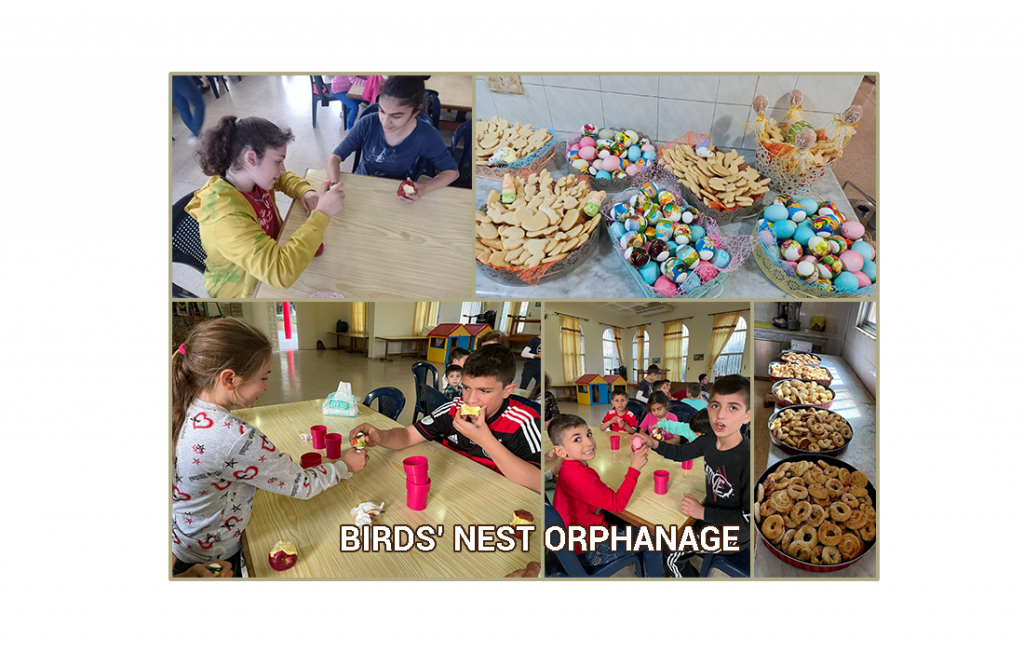 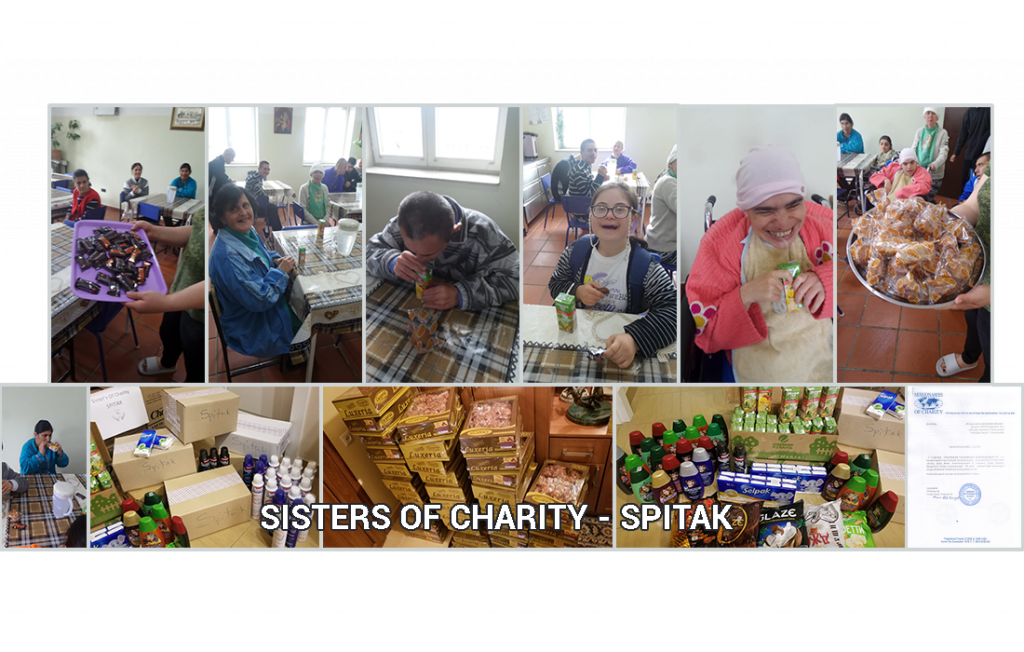 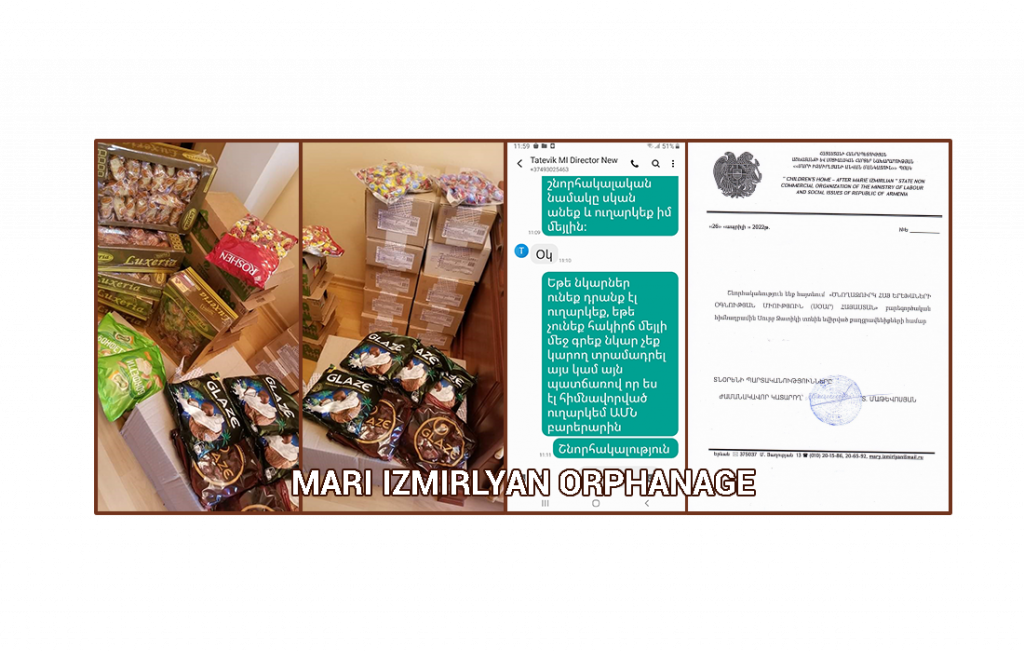 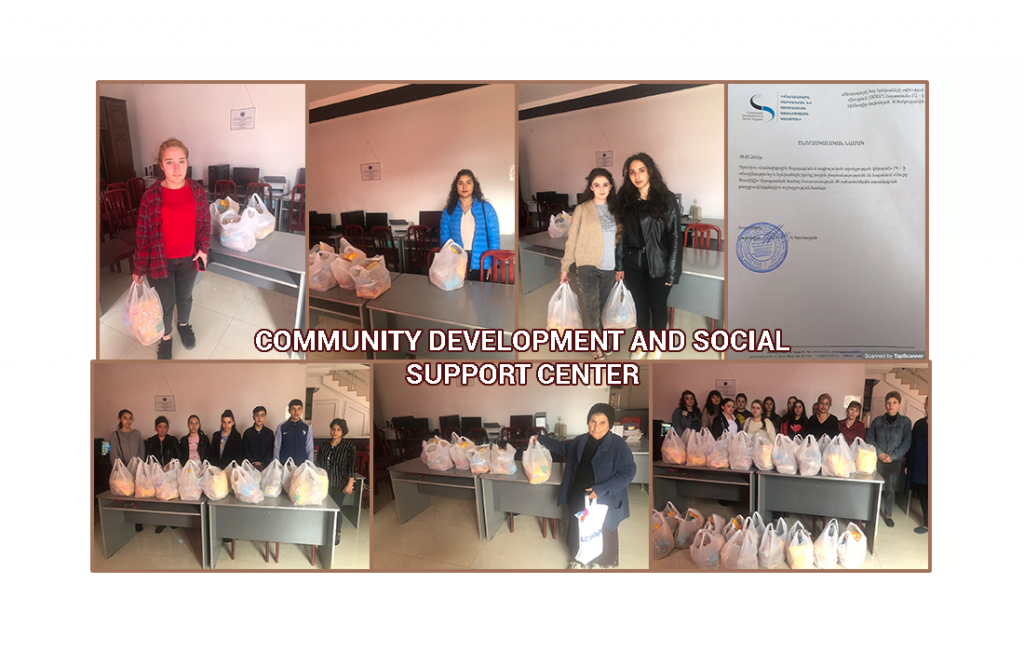 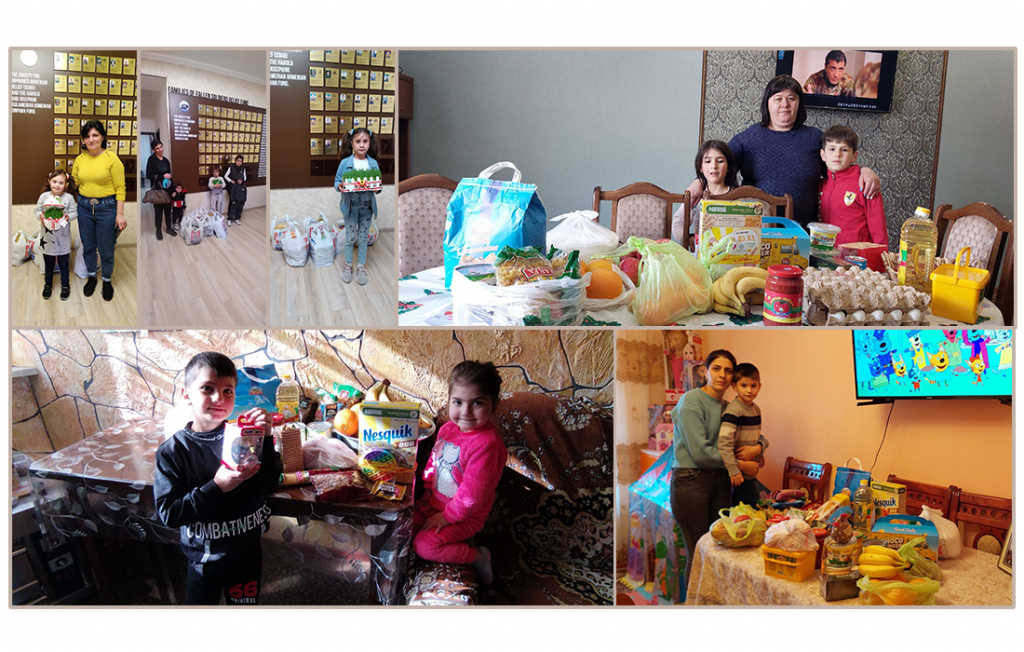 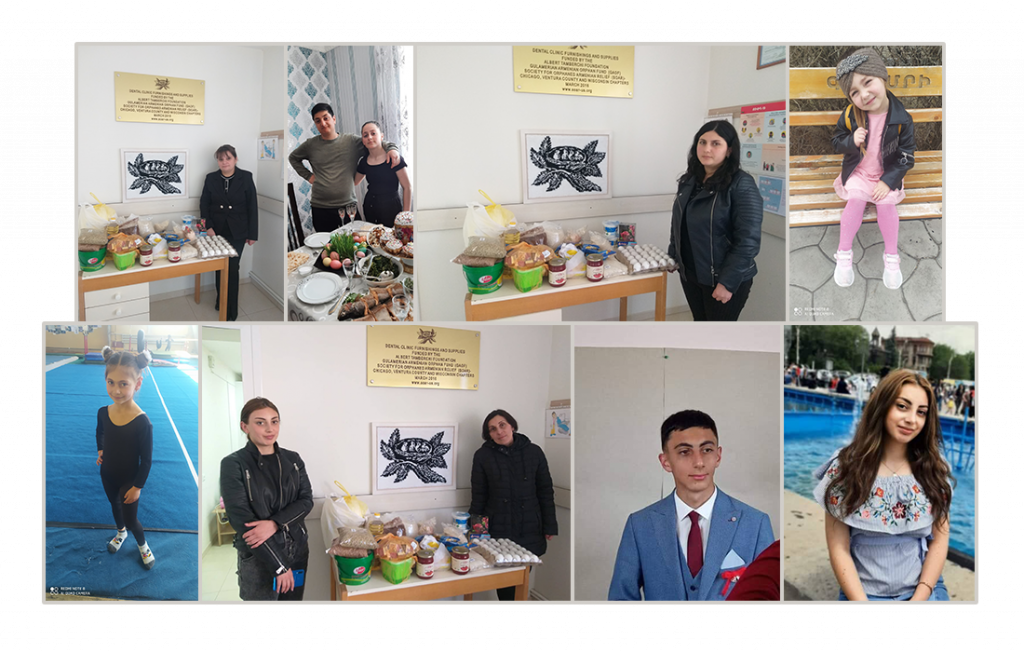 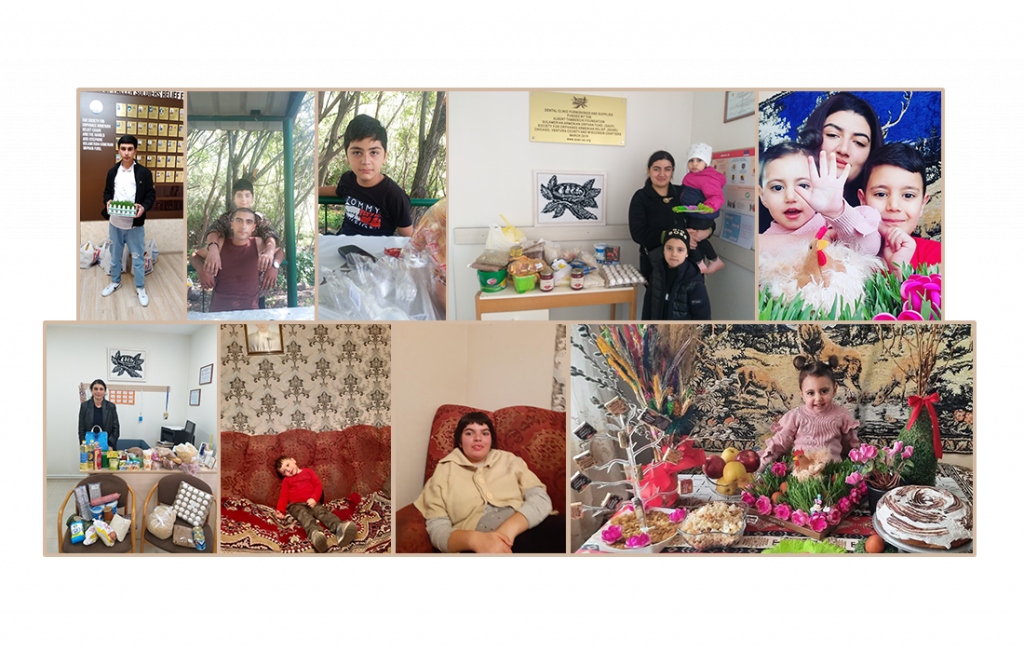 Diapers for Dzorak, funded by SOAR Fresno and a thank you letter (translation below).

05.04.2022
“DZORAK care center” SNCO on behalf of the acting director M. Tosunyan expresses his deep gratitude to SOAR Fresno chapter for provision of 20 boxes (600units) of diapers to the facility beneficiaries.
Thank you

Renovations of the kitchen at Our Lady of Armenia Center, Gyumri, funded by the Harold and Josephine Gulamerian Armenian Orphan Fund.

New clothing for the children at Children’s Home Gyumri.

Tools and equipment provided for families through the Artsakh Family Restoration Fund.

The items were provided by the Harold and Josephine Gulamerian Armenian Orphan Fund.

The grand opening for the new Martuni Center for Social-Psychological Support of the Ministry of Social Development and Migration of the Republic of Artsakh took place. SOAR provided office furniture, computers and other office accessories for the center. These items were funded by the Harold and Josephine Gulamerian Armenian Orphan Fund.

Dzorak Care Center in Yerevan served as an orphanage for 400 children during the 1940s. In 1959, it became a boarding school for children from underprivileged families.  Today, Dzorak serves as an orphanage and nursing home adults with severe physical and psychological disabilities who have outgrown the traditional orphanage.

Sponsorship funds were used to support university tuition for all of the residents at Our Lady of Armenia Annie Bezikian Center in Kanaker..

Diapers for Children’s Home Gyumri and Yerevan Children’s Home funded by SOAR Phoenix, with special thanks to Ani, daughter of Phoenix board member, Margaret Ehramjian, and the sales from her 2nd Annual Cocoa Bomb fundraiser.

Hokehankisd dinner for the children of Our Lady of Armenia, Gyumri. The dinner was funded by Betty Rechelian, Armand Rechelian, and Suzy and Suren Danielyan in remembrance of the 20-year anniversary of the death of their husband and father.

The children performed BADARAG for him, prayed for him, and had dinner after.

The plaque was placed at the Grand Opening and developmental games purchased by SOAR were in use.

Edgar and Arina from Sister’s of Charity Orphanage were both able to have their needed surgeries with the shunts supplied by SOAR and the Harold and Josephine Gulamerian Armenian Orphan Fund.